Learn the ins & outs of Georgia research methodology from some of the best researchers in Georgia for free!

Announcement from the Metro Atlanta Chapter of AAHGS:

“Memories of the Mansion: The Story of Georgia’s Governor’s Mansion” by Sandra Deal and co-authored by Jennifer Dickey and Catherine Lewis is available for a unique Christmas gift.

Memories of the Mansion: The Story of the Georgia Governor’s Mansion

Hardcover first editions, including editions signed by the authors, are available at Amazon.com

The 226-page book depicts the history of the 30-room, Greek revival-style home built in 1967 as told through stories and experiences of the first families who lived there.

The authors worked closely with the Busbee, Carter, Maddox, Harris, Miller, Barnes and Perdue families to include their memories and behind -the- scene photos of life in the Governor’s mansion. Recent photographs are from local photographer, Christopher Oquendo.

In the last week, Mrs. Deal has autographed copies of the book at The Georgia Archives and in her hometown of Gainesville at the Northeast Georgia History Museum.

Federal Census is the Key to Genealogy Search

The Augusta Chronicle introduces a series of articles by The Augusta Genealogical Society about the U.S. Federal Census starting with the 1940 census.

“Only a genealogist regards a step backwards as progress.”

The Society accepts queries: Send an e-mail with “Ancestor Search” in the subject line to AugustaGenSociety(AT)comcast.net. Queries should be limited to 50 words and include your name and contact information.

Share Your Genealogy Research with Video: A Get Started eBook Guild for Making Family History Movies by Margaret M. Eves

Create a legacy for your descendants they will watch and remember. It’s easier than you think. Make your family history accessible to even the non-genealogist by using the power of video.

Sharing Your Genealogy Research With Video is an eBook guide helping genealogists develop stories and find images they can use to create short family history videos that engage family members and connect them with their family history.

While not a technical manual for using editing apps or software, Sharing Your Genealogy Research With Video does give you the tools to plan and organize your video to make the editing process easier.

Get started now with connecting your family to their ancestors’ stories!

Important resource for Georgia researchers added to Amazon.com as a Kindle eBook

Who were the white families living among the Cherokees before the “Trail of Tears”?

This book is not a genealogy of Cherokee families.

The book contains censuses, leases of Indian lands, Oaths of Allegiance, school rolls, militia musters, letters, and newspaper accounts of white families that lived within the Cherokee nation between 1827 and 1838.

Complete with the laws of the time,  illustrations and maps of the area.

The Georgia Genealogical Society held their annual awards luncheon on December 12th at the Georgia Archives. The awards were presented followed by a catered lunch and an afternoon presentation on the Digital Archives of Georgia Historical Newspaper Digitization Project.

The following awards were presented:

Volunteer Award- Laura Williams Carter, of Athens, Ga, received the award in recognition of her contributions to the Society and for leading GGS efforts to bring IGHR to Georgia.

An Award of Recognition was presented to Faye Stone Poss, of Tucker, Ga., for her book, Winder in the News, Newspaper Accounts of Winder, Georgia 1893-1915

The Award for Outstanding Achievements in the Field of Genealogy was presented to the Genealogy Society of Cobb County – Annually, this Society presents a free six week course with excellent instructors and a broad range of topics for the beginning genealogist. In addition, they hold monthly meeting with speakers and the Society provides speakers for other genealogy events in Georgia.

AAHGS is pleased to announce the call for papers. For more information:http://alturl.com/mimx6

This “‘must have” book for research in Georgia will make a great gift for the genealogy buff in your family!
Georgia Research: A Handbook for Genealogists, Historians, Archivists, Lawyers, Librarians, and other Researchers – Robert S. Davis & Ted O. Brooke

The second edition published by The Georgia Genealogical Society in 2012 is an essential guide for anyone researching Georgia ancestors. The comprehensive guide includes a wide array of sources, facts, and data to assist with genealogical & historical research. Included in the guide are sources for each Georgia county along with historical maps plus information on Georgia land lotteries, census schedules, military records, passenger lists, naturalization records, tax records, cemeteries, historic newspapers, Indian records and African American records. Written by experts in Georgia genealogical research, Georgia Research is an indispensable resource for those just starting their search as well as the experienced researcher.

Compliment Your Genealogical Research with StoryWorth

✓  How to record, share and preserve your family’s stories using StoryWorth

We’ll go over the ins and outs of the StoryWorth service, showing you how to make the very most of your account. We’ll also touch on the ways that we believe storytelling complements and enhances your genealogical research, and look at a few examples from real users.

Nick Baum began building StoryWorth in the fall of 2012, with the goal of creating a service that would allow people to easily record and share their family stories. StoryWorth launched publicly in 2013, and is now used by families all over the world. Each week, customers receive a question about their lives, and simply reply via email, web, or phone. The stories are then saved in their private account, and emailed to their family members.

We believe that there’s no better way to know your family than through their own words. With a library of over 600+ thoughtful questions, StoryWorth helps you and your loved ones to connect in the present with stories from the past, and preserve them for the future. 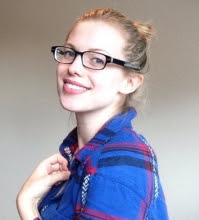 Hope Tammany has worked in Silicon Valley for a couple years, but wasn’t looking for another job in tech until she came across StoryWorth. Right after her father’s diagnosis of early onset dementia, Hope was looking for a way to stay connected with her dad as well as preserve memories she didn’t want to lose. Then she found StoryWorth: after trying it out with her own father, she knew this was a company she wanted to join.

Hope joined the company in 2014 in the position of Community Lead. In addition to working directly with customers and community, she writes for the StoryWorth blog and posts to the company’s social media accounts.